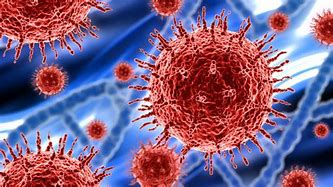 Exercise Cygnus was a pandemic exercise held in the U.K in 2016. Exercise Cygnus = 201 Reverse Ordinal, the number of "The Jesuit Order". It also reminds of Event 201, another pandemic simulation that happened the same day as the Military World Games in Wuhan, China, a short time before the supposed coronavirus outbreak.

What was Exercise Cygnus and what did it find? | World news | The Guardian

The exercise is said to have lasted for "three" days.

Three = 56 English Ordinal, and of course the mainstream media brought this pandemic simulation up at the beginning of the "Coronavirus" = 56 Full Reduction outbreak.

Would it at all surprise you that the rapper Future released a mixtape titled "Purple Reign" the same year that Prince died, the man who released the album "Purple Rain" in 1984?

I find it interesting that he was reported to have overdosed on "Fentanyl". Look at the Gematria values of "Fentanyl" side by side with "Prince".

There was also a "Purple Rain" film, if you weren't aware.

In the film, Prince plays the role of "The Kid" = 57 English Ordinal.

Invention of Propaganda: A Critical Commentary on and Translation of - Oxford Handbooks

The Jesuit Order = 201 Reverse Ordinal, a branch of the Catholic Church

I remember in 2019 when I was still in middle school. It was around springtime that year that I heard there was some funky stuff going down at my local high school, Bothell (that I now attend). I decided to revisit the stories and observe them through the lens of Gematria. Here's what I found:

Before we start, here is the source I found addressing the topic. Feel free to follow along, as it will likely be the only way you can understand the decode(s) I will present in context:

Also before starting, notice the Reverse Ordinal value of "The Society of Jesus" in correlation to "The Seattle Times". Very obvious who is behind the Seattle Times.

The article starts by emphasizing the word "Disturbing" = 51 Full Reduction.

The entire focus of the article is on "Rape Squad" = 51 Reverse Reduction.

There were allegations in April 2019, but following this, there were new allegations in August 2019 following the Summer Football Camp called "Camp Bothellhood" = 68 Full Reduction. Notice how this compares to the date numerology of August 21st, 2019, the day the camp started.

Notice how it is then mentioned that Garrett Ware, the man who handled both investigations, closed the second case on September 20th, 2019, ANOTHER date with 68 numerology.

Take another look at this date. Notice how it's the day leaving 102 days left in the year, corresponding with the English Ordinal value of "Rape Squad". Regarding the 263, it is the 56th prime. Keep reading to see why that's so important.

The cop's last name "Ware" = 47 English Ordinal, and he closed the case because the "students viewed the activity as 'horseplay' and that some of the alleged victims had even jokingly reciprocated. "Horseplay" = 47 Full Reduction, and of course this all happened in "Bothell" = 74 English Ordinal, the reflection, which is on the 47th Parallel N. "Bothell High School" = 74 Reverse Reduction as well.

The next person mentioned in the article is a woman by the name of "Lisa Hall" = 74 English Ordinal.

It is then mentioned how similar the situation(s) were to one that took place at Juanita High School in 2014, where "poking in the buttocks was a longstanding football culture known as a 'Jubie'...at least four freshman players pleaded guilty to assaulting a developmentally disabled team manager with a broomstick."
"Jubie" = 47 English Ordinal
"Juanita Rebels" = 47 Full Reduction. It also sums to 214 in Reverse Ordinal, like how this supposedly went down at the high school in 2(0)14.

Also look at the 88 connections between "Bothell High School" and "Juanita Rebels" regarding how they had similar "sexual harassment" scandals take place.

*Side Note* Juanita High School recently changed it's mascot from the Rebels to the Ravens.

Look how many 3's are in the next few paragraphs.
"...later told Ware about an unnamed THIRD co-worker, a freshman on the C-Squad team..."
C is the THIRD letter
"On April 3RD, THREE weeks after the senior's initial complaint..."
If you missed at the beginning of the article, 5 sentences in, "Records show THREE players..."
That's a lot of 3's. Probably because when you write out "Three" = 56 English Ordinal, along with "April" = 56 English Ordinal, when the first "Rape Squad" scandal ended.

"The next day, the former player confirmed the 'Rape Squad' name, claiming 10 TO 15 players were on it at any given time..."

Something that I should've brought up earlier is how the date this article released on, October 27th, 2019, was a date with 56 numerology, and the date it was edited on, February 26th, 2020, had 68 numerology, connecting back to all of the 68's mentioned earlier.

For some more examples of 3:

"One player told police that the buttocks-poking happened 'all THREE years he has been playing BHS football' as part of its 'football culture' and 'goofing around...'"

"In September, Ware later interviewed THREE students who had been poked..."

"In his official police statement, the player described being poked between the buttocks without consent on THREE separate occasions..."

If you combine the two last quotes together to form a sentence, it sums to 263 Full Reduction, the 56th Prime.

If you made it this far, thank you a lot for taking the time to read.